Chemo was just the beginning

Leave a Comment on Chemo was just the beginning 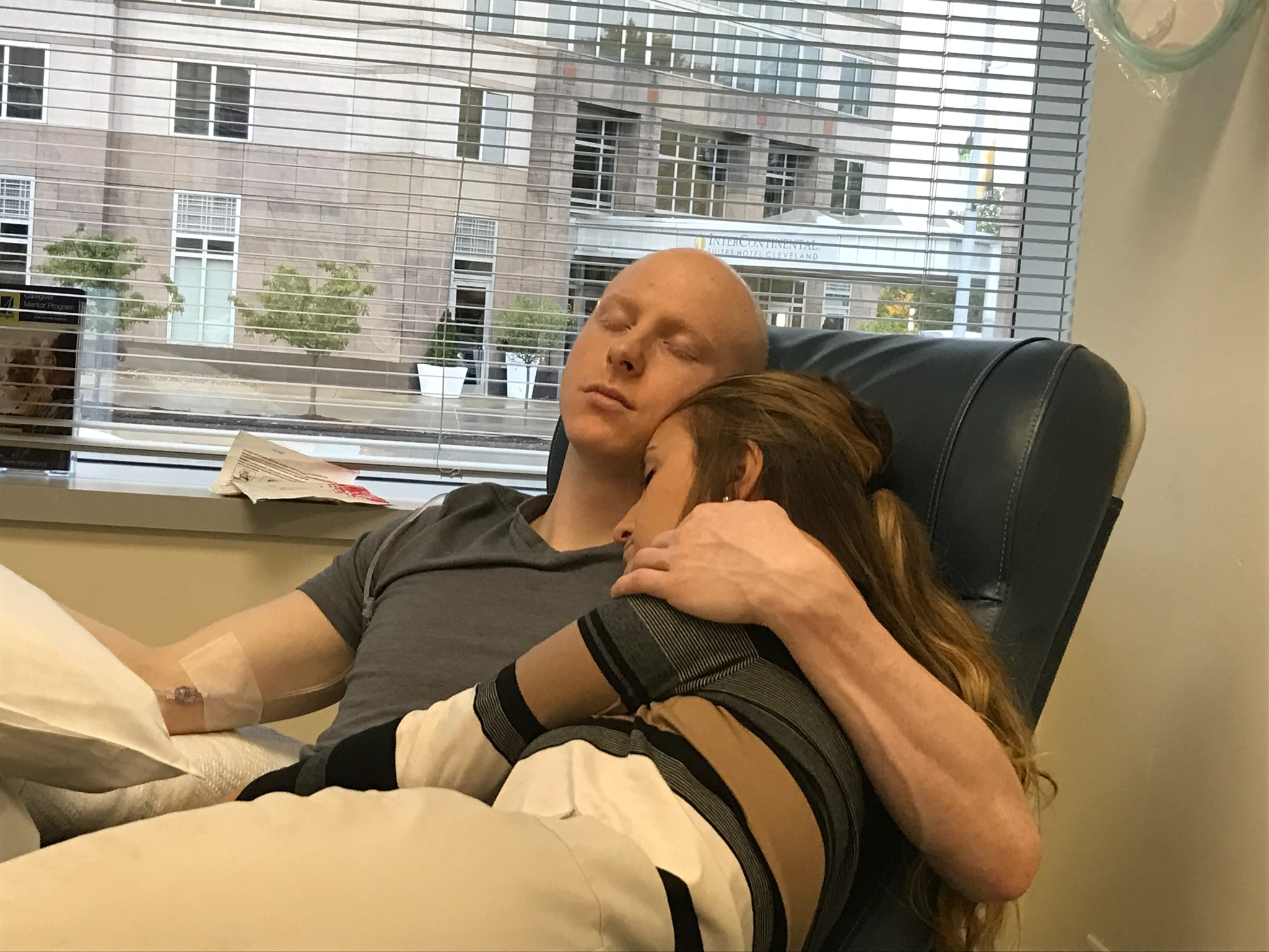 A few months ago, I was on Facebook and I got a message that popped up from a man named Matt Ode. It said something to the effect of “Hi Jenna, I’m also a cancer survivor and I offer coaching. Please let me know if you’re interested.” This piqued my interest, and Matt and I started talking about IgniteHope, my journey with cancer, and more importantly his. I asked Matt if he could take the time for me to interview him for my blog to which he agreed. The first thing I noticed about Matt was the enthusiasm he carried – it radiated through our Zoom session. He told his story with passion and authenticity and I am honored to share his story.

Matt Ode is a 28-year-old Stage 3C Testicular Cancer survivor from Cleveland. He was diagnosed at the age of 24. He was working as a personal trainer when he started noticing some back pains. Matt recalled, “As a 24-year-old you think, whatever, you’re invincible, and I just kept getting worse.” In August of 2016 Matt was visiting his girlfriend, who he had been dating for only two months, when he began throwing up blood. “I was rushed to the emergency room and they found I had lost 2/3 of the blood circulating in my body,” Matt said. “They rushed me in for emergency surgery because they thought I had an ulcer that was bleeding.”

While in surgery, an 11cm tumor was found in Matt’s small intestine. When he came out of surgery, he was rushed to the main campus of the Cleveland Clinic. “When I received that news, it was very challenging,” said Matt. “I remembered looking over at my parents and they were crying. I had to tell my new girlfriend, Lauren. I didn’t know if she’d still want to be with me, but we just hugged and cried and I knew she was going to be there every step of the way. She was an angel sent down to me in my journey.”

At the Cleveland Clinic Matt was diagnosed with Stage 3C Testicular Cancer, the highest form of Testicular cancer. He was immediately put on the chemo drug combination BEP and continued chemotherapy for about four months. Despite his shocking news, Matt decided then to take control of his mindset going into chemo. Matt remarked, “Was it completely unfair that I was diagnosed with cancer? Of course. But I was able to say, ‘How am I going to use this as a lesson? How is this happening for me, not to me?” Matt’s positivity helped him tackle the challenges he would face on his journey. After his first week on chemo, Matt lost his hair, was fatigued, and was nauseous. Matt was struck with another tragedy when his puppy, who was diagnosed with cancer six months before he was, passed away. “We were battling this thing together. When I was struggling at one of my deepest points he passed away,” Matt remembers. “It was like losing a best friend.” After the loss of his beloved friend and puppy, Matt slipped into a depression. He even contemplated not going to chemo. But his determination to beat cancer prevailed. “I remember sitting in bed and I was asking myself, “Is this what anyone would want me to do? Give up on myself? And I said absolutely not.”

Matt ended up finishing his four-month journey with chemotherapy in November of 2016. To celebrate, he and his family organized an event called “Mustaches for Matt” inspired by his stubborn mustache that survived the chemo drugs. On Thanksgiving morning before their town’s annual Turkey Trot 5k they invited family, friends, and supporters to stop by their house. “We ended up having over 400 people show up to support me, it was incredible,” said Matt. “All the guys had grown mustaches, all the girls we gave fake ones to.” This event reinforced Matt’s tremendous outlook, “Whatever challenging experience you’re going through in life, there are people that want to help you,” said Matt.

Getting through chemo was a great victory in Matt’s story, but he had no idea that chemo was going to be the easy part of his journey. After a follow up visit with his oncologist, Matt learned that his tumor has shrunk significantly, but the tumor was wrapped around his Inferior Vena Cava, a central vein that extends from the center of your upper body to your heart. The risky surgery to remove this tumor took place three weeks later. During surgery they were able to successfully remove the tumor and surrounding lymph nodes, but Matt’s body did not react well to the surgery.  “My body went into survival mode and it caused massive swelling in my stomach,” said Matt. “My body started draining the fluid, but after two weeks it stopped.” Within an hour of this, Matt was rushed to the hospital again where seven liters of fluid was drained from his stomach, causing him to go into kidney and liver failure and slip into a non-induced coma for two weeks. After coming out of the coma, Matt went into cardiac arrest, was pronounced dead, and was miraculously brought back to life after which he remained in a coma for another week. “I ended up in the ICU for over 40 days. I had five surgeries on my stomach, one which left an open wound on my stomach that took a year to heal,” Matt recalled. “I had to learn how to walk again, I had to learn how to do everything over.”

Although Matt had an extraordinary outlook, everything he had been through started to weigh on him. “I started going into excuse mode, saying ‘why me.’ I didn’t want to do anything,” said Matt. “I ended up back in the hospital. When I came out, Lauren and I talked came to the conclusion that if I don’t get my sh*t together I may not be here next month, or next week.” This realization pushed Matt back into his determined mindset. The next day Matt decided to start rebuilding his life by picking up a 5-pound dumbbell and doing bicep curls. The next day he walked a little further than normal. The next day, he started eating healthier. Matt said, “All I did was one little thing every day. Before I knew it, I started gaining everything back; my strength and my mental health.” It took Matt almost two years to get into his new normal, a lesson for Matt that healing takes time. Matt said, “I want anybody who is recovering from cancer or a survivor to know that it’s okay that you’re not back to normal.”

After everything he had been through, Matt felt that his life had a new purpose. He began listening to motivational speakers and trying to find people who matched his zealous outlook. “I started to share my story with them, and they said you need to get your story out,” said Matt. “So I said okay, I am going to try to become a [motivational] speaker.” With the onset of COVID and most public speaking events cancelled, Matt didn’t quit: he pivoted. Matt decided to start a coaching business. “I wanted to help other survivors,” said Matt. “Not just cancer survivors, it can be survivors of mental health, someone who survived a tragic accident, or someone going through something challenging in their life that wants to find their happiness and their purpose.”

Matt’s coaching focuses on two sets of what he calls “pillars”. The first set is relationships, health, personal growth, and finances. “We have stress when we let a pillar get out of control,” said Matt. “Lack of certainty and clarity in these areas causes this. We need to take control of these situations.” These lead into the second set of pillars: mind, body, purpose and impact. Matt theorizes that when you have control of your mind and body you are more confident and productive which lays the groundwork for the final two pillars. “This part is finding out what you are really passionate about,” said Matt. “Then you turn this into your purpose and figure out who you can impact.”

Matt’s journey with cancer paved the way for Matt to ultimately discover his own purpose for empowering and inspiring survivors from all walks of life. “I think we often look at our challenging experiences as something that brings us down,” Matt commented, “but in the grand scheme of things it can shift your life in so many positive ways.”  Matt can be found uplifting others on Facebook, Instagram, and Linkedin. He also recently started a YouTube channel with his girlfiend Lauren called “Dating after Diagnoses” discussing the experiences they shared through Matt’s battle. His final words for our interview were, “In this time of uncertainty, I want to let you know that you are enough in this moment.” 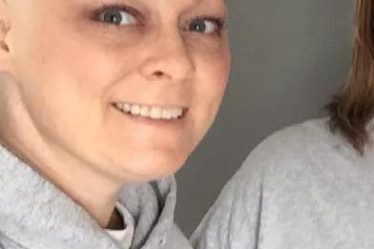